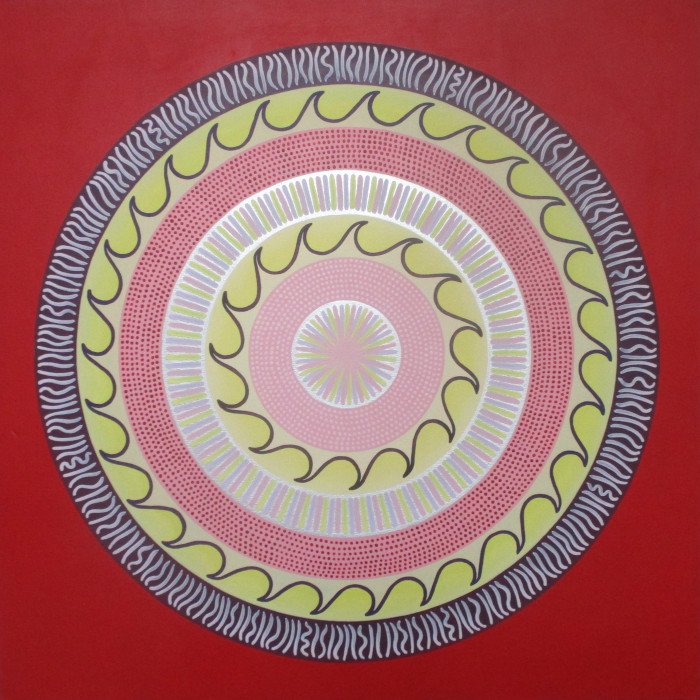 The Big Red Painting / In Memory of Polly

Price:  Not for sale

There is silver paint in this painting which creates the shimmer you see.

Although this painting is part of my Chimene series it has an alter ego and that’s the reason it is not for sale.

As I began the painting, seamingly the next painting in the Chimene series it was taken over by another influence. I tend to watch TV while I paint and as I began to think about the background colour I was watching a film called From Hell starring Johnny Depp. I decided to paint the background colour red and so the association began. While I was painting it I started reading up on the true story of Jack the Ripper and more importantly the victims. Because of this the painting became a dedication to them and to Mary Ann ‘Polly’ Nichols in particular.

I had originally planned to make a gift of this painting but because of its alter ego I decided against it. In addition I felt the need to place a little protection in the frame of the painting (see below). 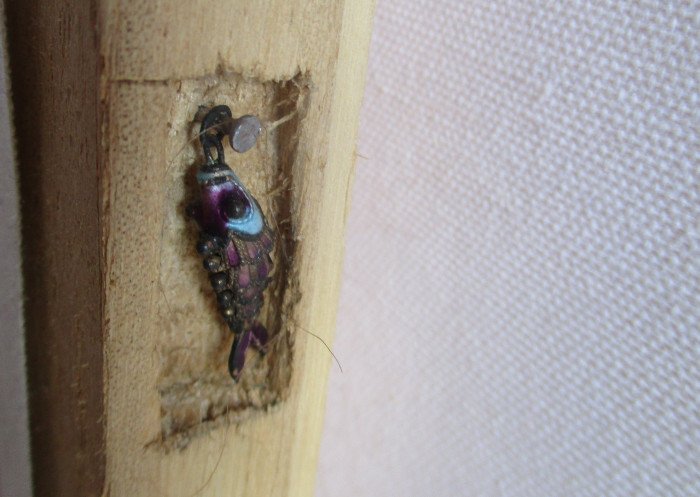